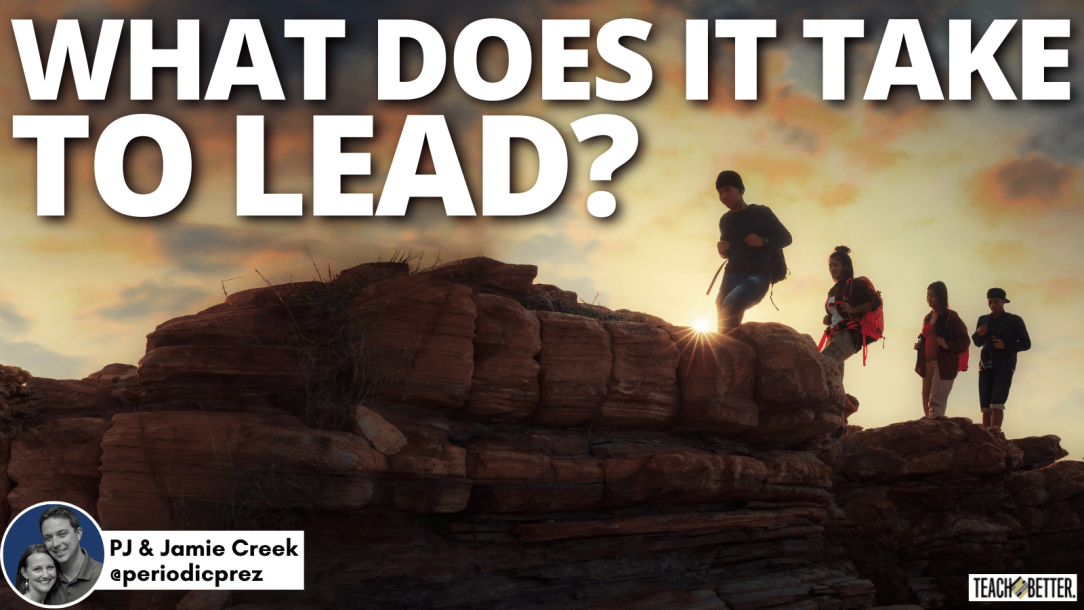 What makes a leader a good leader? It’s easy to point out an ineffective leader, along with exactly what makes him “bad.” However, a good leader often goes unnoticed. When the system works well, there’s nothing to critique. But, what makes those leaders effective? What makes them good?

If we want to inspire the next generation of leaders, we have to foster these skills in our classrooms. Click To Tweet

A good leader knows what she wants. She has a world-view that guides her thoughts and actions. Think of your favorite presidents…is Abraham Lincoln on that list? We are willing to bet that he made the cut. When Lincoln was elected, the southern states left the union. He held fast to his convictions that this nation must remain united, no matter the consequences. History books have rewarded that conviction. 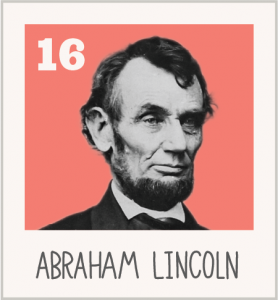 Warren G. Harding is often considered one of our worst presidents. His failures in the integrity department solidify his low rank. In the Teapot Dome Scandal, Harding gave the Department of the Interior control over oil reserves, which were then illegally leased for private gain. The extent of Harding’s involvement is not fully known, but it did damage his reputation—a reputation already marred by drinking during Prohibition, and stories of losing the White House china in a poker game. 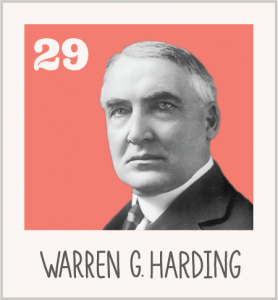 Work on your communication skills.

He’s not called “The Great Communicator” for nothing. Ronald Reagan used his skills as a famous actor to gain the trust and respect of the American people. When his age was brought up during a televised debate, Reagan famously stole the stage, and changed the narrative, when he stated, “I will not make age an issue of this campaign. I am not going to exploit, for political purposes, my opponent’s youth and inexperience.” 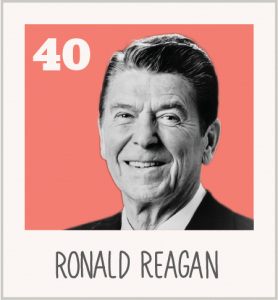 A good leader knows her own limitations. She knows how to use her strengths, and how to downplay her weaknesses. Possibly no president exemplifies this more than Franklin D. Roosevelt. Knowing the power of his voice and words, FDR reached the American people through his fireside chats. When he was confined to a wheelchair, he did driving tours through towns. He used his strengths and reframed his weaknesses to lead the American people during one of our most difficult eras. 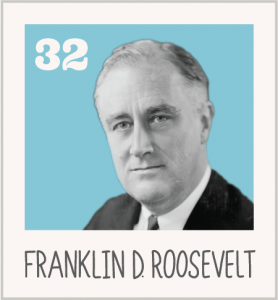 James Buchanan left much to be desired from a president. He came into the office with a great resume, but did little to lead the nation through the growing danger of civil war. He didn’t adapt to the difficult time in which he was chosen to lead. As such, he is often considered one of our weakest presidents. 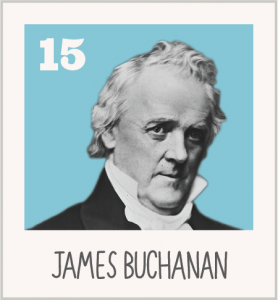 John F. Kennedy’s Inaugural Address is full of fantastic one-liners. “Ask not what your country can do for you…ask what you can do for your country.” Or, “Let us never negotiate out of fear. But let us never fear to negotiate.” Even, “In the past, those who foolishly sought power by riding the back of the tiger ended up inside.” Like Reagan, Kennedy was a great communicator. But, it is a different speech given about the space race that best embraces innovation. At Rice University in Texas, he stated, “We choose to go to the Moon in this decade and do the other things, not because they are easy, but because they are hard…” A good leader encourages innovative thinking. 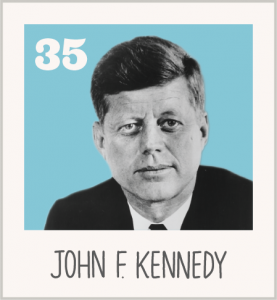 Who else but Jimmy Carter could be mentioned here? Carter is often recognized more for his work outside of the presidency than within it. His civic action and charitable causes make him a guiding voice for many. Jimmy Carter understands the role of a community, and how to create stronger communities through civic action. 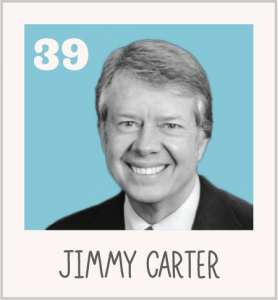 How to Inspire Our Next Generation of Leaders

Kids are told all the time that they can grow up to be president one day, but what are we doing to create those future leaders? Sometimes it’s as easy as helping a kid to see he is a leader. Or, encouraging him to see his place in the larger community. Ask yourself, are we encouraging our students to be innovative, or do we want them to fit into the mold of a good student? Are we encouraging them to consider the learning community, or are we asking them to compete as individuals against their peers? Are we teaching them to hold fast to their developing belief systems? If we want to inspire the next generation of leaders, we have to foster these skills in our classrooms. 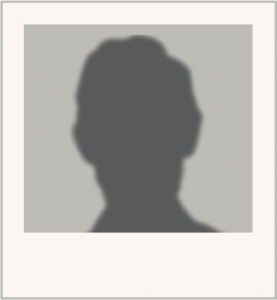 About PJ and Jamie Creek

PJ and Jamie Creek teach middle school in southern Illinois. Each summer they travel the United States, exploring historic sites with their three children, Noah, Everett, and Charlotte. In 2006, they founded Periodic Presidents, a company designed to teach American history through art and infographics. In 2021, they published their first book, WE THE PEOPLE AND THE PRESIDENT (Roaring Brook Press). You can find them online at periodicpresidents.com.