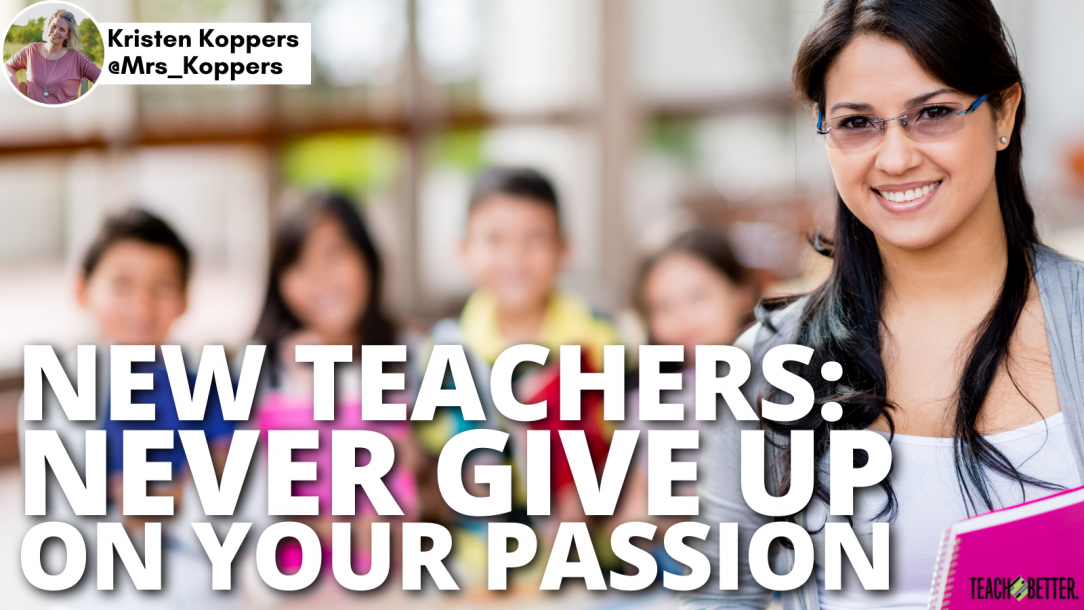 Once we choose to let it go, we have chosen to give up.

Teaching, ironically, was not my career choice when I entered college. I’ve been a writer since I was fifteen years old, or at least I thought I was. Even though I was not a very good writer, I never gave up on it. Time after time, there was one failure after another. Even my high school papers were no higher than a “C” and my grades were just average. Because my grades and writing were average, being a writer just did not seem to be realistic. But, I did not see it that way. I continued to work towards perfecting my writing. 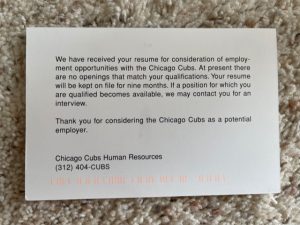 One of the earliest rejection notifications

Don’t let rejection get to you!

From 1995 – 1999, I received over eighty rejection letters for employment ranging from clerical positions to community relations. Looking back on them today, quite a few were from the same company. They all read the same first phrase, “Thank you very much for your interest.” Soon those words became embedded in my head.

Even the submissions to various magazines had a familiar phrase, “Thank you very much for your submission. Unfortunately, your material does not meet our criteria.”

All I could think about was trying to figure out what the criteria could have been. I knew it was not the material because I followed the guidelines before submitting my work. I didn’t want to admit it then, but it was my writing that earned those rejection letters.

My degree is in writing. But a degree meant nothing if it could not be utilized. 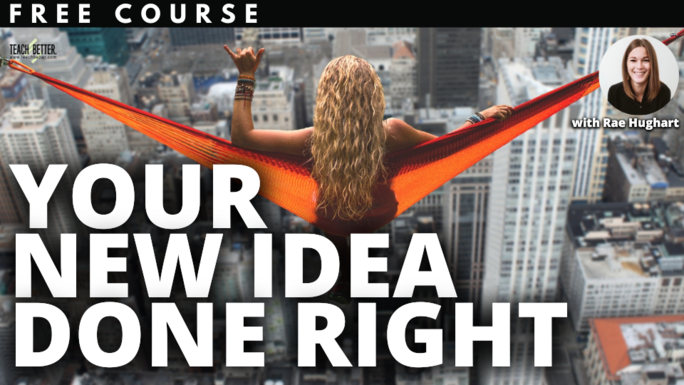 Somehow I landed a job as a copy editor for a newspaper. It was not what I expected as I read word after word, finding grammatical and spelling errors. I knew I didn’t want to sit at the desk for hours reading what others wrote. I wanted to be the one who wrote the articles and who brought life to the words on the page.

After only a couple of years, I needed a change. It was not that I did not like working for the newspaper, it was because I could not do the same 9-5 type job every day. I was someone who needed a change.

While I was trying to find myself, I learned that I could be a substitute teacher with my degree. It was just a way to “pass the time” as I figured out what I wanted to do. I was recently married and had purchased a new house. I still needed to find that passion. It only took a few weeks of being a substitute teacher before it clicked. I wanted to teach where I can change the lives of others by making them look at different perspectives. There was more to being known as that teacher who changes a student’s life.

I went back to college for my Master of Arts in English while earning my teaching certificate. Going for a second degree and still earning average grades in writing, I knew there was more in me and that I was not an average writer. The only problem was that I had to prove it to myself.

Thirty-one years later, I look back on my writing. Not to reminisce on how poor it was, but to see how far I came. I wanted to see the determination I had as a fifteen-year-old kid who just wanted to write. I wanted to remind myself that I didn’t give up when others told me to.

Let’s see our faults as ways to improve what we already know we can do.

Four published books later along with several contributions to books, magazines, websites, and blogs, and the motivation to get me through it all proves that I can write. All I needed to do was believe in myself.

Kristen is a blogger, presenter, self-published author, and high school educator as well as an adjunct teacher at the local junior college. She has been teaching for more than fifteen years and is currently teaching high school English in Illinois. She is a Google Certified Educator and National Board Certified Teacher. Kristen has a master’s degree in English and a second in Education Administration.

Kristen wrote the book Differentiated Instruction the Teacher Profession as a way to share her ideas of how to use Differentiated Instruction inside the classroom. As an educator, it is important to find innovative ways to meet the needs of her students. Kristen is often on Twitter (@Mrs_Koppers) participating in chats and collaborating with other educators. It’s easy to share DI ideas on Twitter (#DITeaching).